The past generation of mens uniform shoe industry has been accompanied by high heels inside to make extra height taller. A well-dressed office works or lady will not stand out with a ‘non-matching’ or old fashioned pair of shoes. Heels for men are a distinct part of the shoe industry. With the special designs and nature of these shoes, they have become a big desire for officers like police, military & securities. Men with these pair of heels heighten hidden insole with the aim of achieving the perfect fitness and blending in with the trending fashion. High heels are no longer linked only to women anymore but to genders, men and women alike. The following are some of the major reasons why men should wear the heels.

• High heels increase confidence in men By the fact that high heels increase height of short men, they thus serve to boost their confidence. A short man approached by a short man will tend to feel vulnerable and weak, feeling that he can’t match the ‘standards’ of the taller man. These high heels bring out a sense of manhood in short men and put both tall and short to one level.

• Heels give out a picture of better physique A man in heels exhibits better physique than one walking in flat shoes. Straight from the fact that these heels are raised from the ground by a certain length, walking in them will raise the back heel and thus bring out a view of a broadened chest and firm body. Once you heighten hidden sole, all these come to place by themselves.

• High heels improve the leg muscles The heels worn by men serve not only for fashion, but also health wise. These heels reshape the leg muscles as recently revealed by researchers, increasing body functionality as blood run faster in the legs. Some health experts will refer those with poor leg functionality to exercise by wearing high heels. This has been proved to work better for those who have taken the initiative to heighten hidden insole. The reason; calf muscles are raised, hence shorter. Thus the Achilles tendon stiffens, offering high performance in the muscles.

• Better body posture To heighten hidden insole in shoes increases the body posture of men. This is great in the rectification of posture as it brings forth natural healing. However, it is not only those with a crooked body posture that need these shoes. Prevention is better than cure, therefore it is highly recommended for one to stick these kinds of shoes early to avoid such inconveniences in future.

• High heels are elegant Comparing high heels with flat shoes, high heels are generally pleasing to the eye than the latter. If you heighten hidden insole of your shoes there is elevation of the whole body, thus bring out elegance, especially when combined with a matching set of official wear. They draw attention and will outwardly bring a good impression in anyone’s eye. They are thus preferable when engaging in official duty that requires high level elegance.

Some vertically challenged men prefer to wear height increasing shoes which have a hidden wedge shaped piece that makes men look taller. There are also some other men who wear this kind of shoes for aesthetic reasons.

Height tall shoes for men work exactly like high heel shoes for women; however there is an important and incredible difference between them. Elevator shoes are hidden and discrete while women's high heels are prominent and open. This advantage makes a short man be able to catch up to tall girls and other girls in heels discretely and easily. 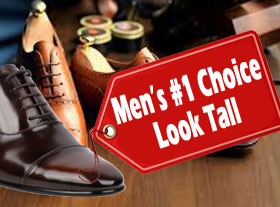 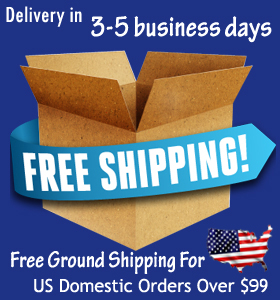